Due to a rise in demand on Solar products we may have some delay on supply. We will always keep you updated and try to ensure the stock figures are accurate.

Solis is a Spanish name derived from the Latin sol solis, literally meaning “SUN”. We are pleased to have the Solis range to offer to you. Solis deliver the very latest in solar inverter technology from Ginlong Technologies in the form of the new Solis range of inverters. The Solis inverter product range has the benefit of more than 20 years of technical development and improvement resulting from the experience and determination of the Solis engineers to produce the very best product available.

If you know what you are looking for then scroll down and take a look at the range. 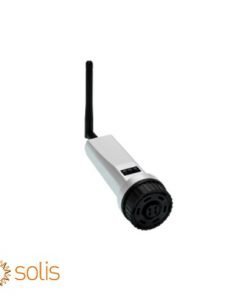 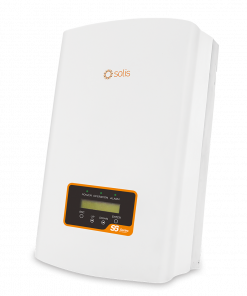 Established in 2005, Ginlong (Solis) Technologies today has one of the widest installed base of string inverters globally with our inverters converting DC to AC power and interacting with utility grid in markets around the world, reducing the carbon footprint, and helping us enrich society around the world. Solis is the first publicly owned and listed company with a primary focus on string inverters and the first inverter manufacturer to complete PVEL’s (Formerly part of DNV-GL) 3rd Party Inverter Reliability Testing.

The company has a very high focus on research and development to keep pace with the high demands, and pace of change in the renewable energy sector. Solis has been actively involved with national bodies to in the formulation of 10+ national and industrial standards, and has formulated two national standards in the name of the first drafting unit. As a key participant in laying down industrial standards for photovoltaic cluster inverters, Solis takes its responsibility very seriously.

Our R&D team has helped Solis get approvals on multiple domestic and foreign authorised patents, even as we remain one of the pioneers at the cutting edge of change in the industry. . The strong response to our products range has meant a wide global presence for the firm today. Solis has set up global offices and technical after-sales service centers in the United Kingdom, the United States, Australia, Brazil, South Africa, India, Mexico, Spain, Netherlands, Romania and other places. Solis products have been used in high profile locations and projects around the world including the Shanghai Expo, (Shanghai, China) and on the Eiffel Tower (Paris, France) along with other leading domestic and commercial projects.

Solis has achieved rapid growth in revenue and profit for many years in a row because of its leading technology and its dedication to product quality. Solis ranked No.3 in the global PV inverter shipment in 2021 (Source: IHS), No.2 in global single-phase and No.3 in global three-phase string market share by shipments.

Solis is committed to a global vision built on product-centered engineering, putting customers at the center of our most critical decisions, , and ensuring that we play our role in the transition to clean energy by helping make it more efficient, safe and dependable.